Alumnae Working at ISM
Back 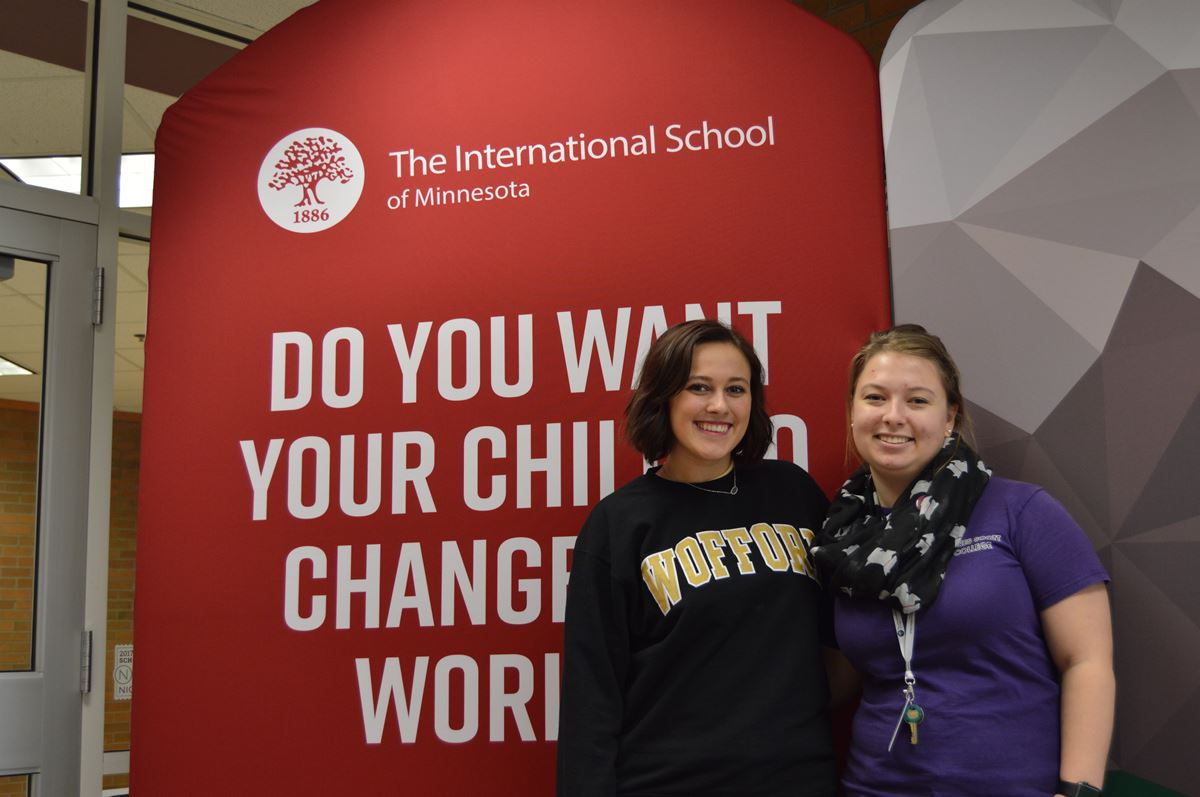 Prima '14 and Sarah '13 are ISM Aulmnae who now work at ISM. Prima attended Wofford College in Spartanburg, SC. Sarah attended Agnes Scott College in Decatur, GA. Both Prima and Sarah were excited to represent their Alma Mater on College Wear Day. We asked them to share a little bit about their college experience and what made them love their schools so much.

Agnes Scott College is a liberal arts women's college located in Decatur, Georgia. Going to Agnes Scott was the single best decision I have ever made in my entire life. I made incredible friends and had so many amazing experiences and opportunities. Every school says it, but professors there really care about the students. Even if you never had them for a class, they will often know who you are and try to interact with you. There are tons of clubs and activities to keep students engaged outside of class and the size makes it such that everyone has the opportunity to try out leadership roles. For example, as a student I was able to sit on the Alumnae Board, one of two governing boards at the college. The classes are difficult and engaging in all the best ways and small class sizes mean the teachers can really work your individual passions into a class. These days Agnes is winning awards left and right for innovation and creativity as an institution of higher education. Our incredible Summit program gives students expert support throughout their four years and first-year students get a guaranteed week long trip, often abroad, during their first year. The school is known for strong traditions and huge alumnae support which means awesome networking potential. In short, Agnes Scott is the best college in the world and I hope everyone takes some time to check it out!

Prima had a slightly different experience deciding on colleges. She did not really know where she would end up. She could see herself in New York, California, South Carolina, or right here at home in Minnesota. The summer before her senior year she went on many college tours around South Carolina after a family vacation to see her grandparents. She said that she knew Wofford College would be home the second she drove on campus. She applied early decision and was accepted on Thanksgiving of her senior year. This is what she had to say about her experience.

Wofford College is a small liberal art's college in Spartanburg, South Carolina. It is a small school, which I wanted because I did not want to just a number. Attending Wofford College was the best decision I have made thus far. I had so many wonderful experiences that have shaped me to who I am today. Freshman year I was the only person I knew from Minnesota. Most of the other students knew at least one other person at Wofford, so I felt a little out of place, but decided it would still be great. I decided to join a sorority and a service fraternity within my first month at Wofford. I went on to be appointed as the Service and Philanthropy Chair in my sorority and was appointed as the Local Campus Service Officer in the service fraternity. I was involved in starting my own non-profit organization that allowed students with disabilities to gain access to extra-curricular activities that were not offered by the schools they attended. I also added dance team to my activites my sophomore year and later became captain. My experience in The Student Life Organization® allowed me to be confident in applying for leadership positions and taught me the necessary skills to be successful in those positions.

Prima said, "Wofford and ISM are similar, in so far as, everyone wants you to achieve your goals and succeed. They will help you wherever possible and they will continue to stand behind you. Leadership opportunities are abundant and everyone has the opportunity to be involved and have the possibility of holding a leadership position."

We are so proud of what our alumni are able to accomplish. We are excited to have them back at ISM and we cannot wait to see what this year holds for them!