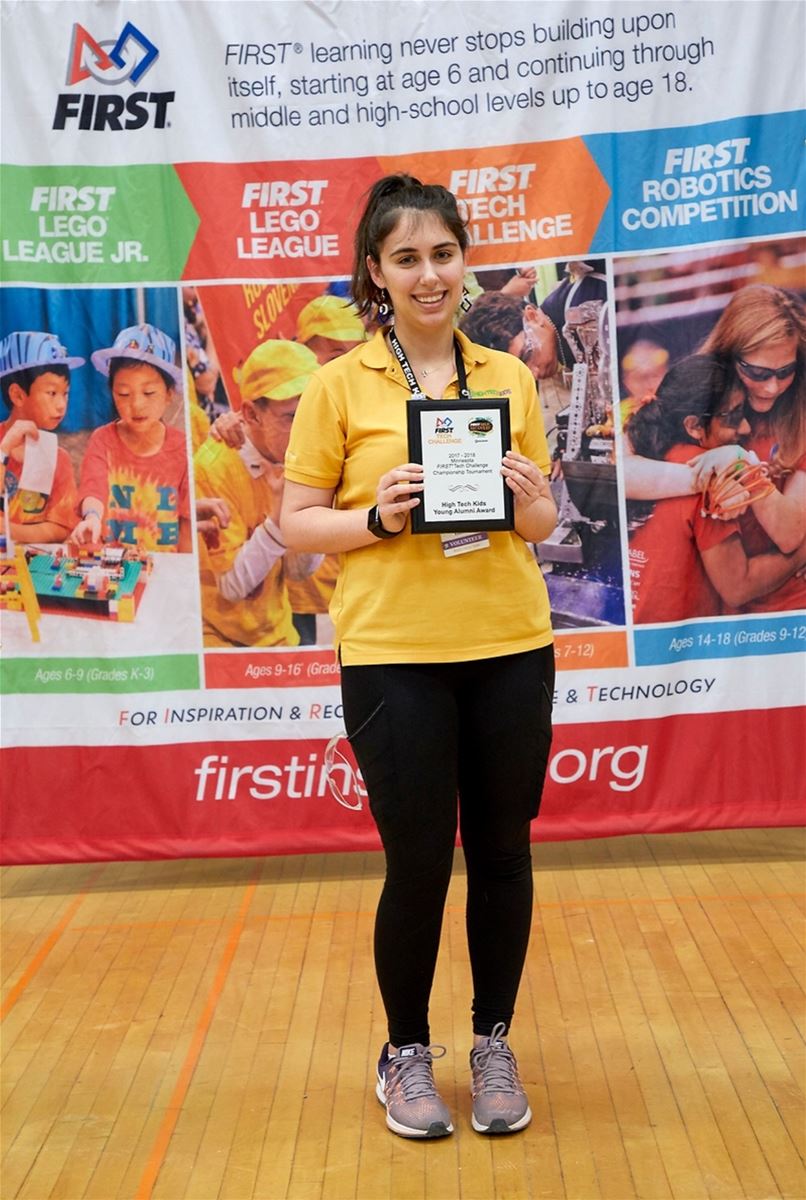 Jessica Yeganeh, ISM class of 2013, was a big part of ISM's WE ROBOT robotics team while she was here.

She’s gone on to graduate with a degree in Journalism and minor in Political Science from the U of M. Jessica has also been a volunteer official for the FIRST Robotics organization in the state.

We’re proud to announce that last month Jess won the Young Alumni Award which was presented at the FTC State Championship.

She wrote to say,

“Without everyone on WE ROBOT, I would have never gotten to this point in FIRST. Thank you for everything you provided me as a student at ISM!”