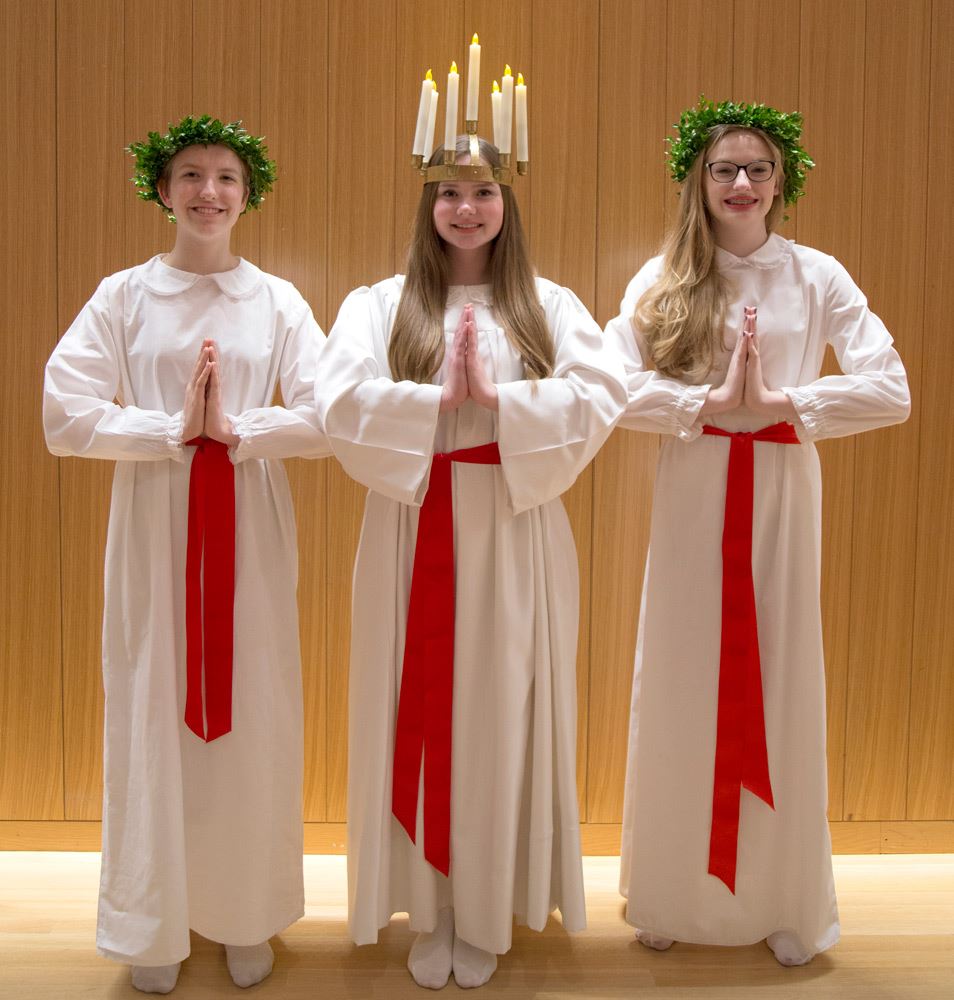 The Lucia tradition is one of Sweden’s most beloved holiday experiences; bringing light to the darkest month of the year.  The legend of Sankta Lucia (Saint Lucia) has been celebrated at the American Swedish Institute for more than 40 years.  Today the ASI Lucia Choir is made up of 75 metro area K-12 students.

Every year, the American Swedish Institute chooses one individual to be Lucia and two individuals to be Attendant(s) and/or Head Star Boy(s).  The 2017 Lucia and court members were selected based upon their personal and academic achievements and their involvement at ASI and in the community.

ASI will hold 2 concerts on December 9th called Lucia Celebration Concerts which are open to the public.  And on December 12th, another concert called Lucia in the Mansion will be held in the dimly lit historic Turnblad Mansion and is limited to ASI members.

For more information about Lucia and Sweden’s culture, please check out https://sweden.se/culture-traditions/lucia/