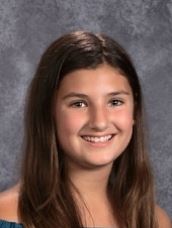 The International School of Minnesota (ISM) has received their scores for students who took the National Spanish Examination (NSE) in Grades 6-12, with one student earning the only perfect score at that level in Minnesota!

Seventh grader, Alexandra scored a perfect score (400) in Level 1 across the language areas of Vocabulary, Grammar, Achievement, Reading, Listening, and Performance.   A total of 19 ISM students took the NSE in March and 16 of them were given the following awards: 9 Oro (Gold), 3 Plata (Silver), 2 Bronce (Bronze), and 2 Honor (Honorary).

The ISM World Language program is a core component in the curriculum for students of all ages with daily classes taught by native speakers.  French, Spanish, and Mandarin Chinese are currently offered as the World Language choices and ISM also provides English Language Learner support to non-native English speakers.

On May 19th, 2018, ISM will host the award ceremony of AATSP –MN (American Association of Teachers of Spanish and Portuguese), which is the association that administers the NSE.