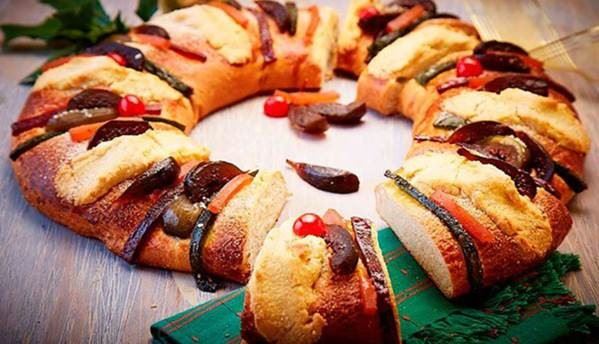 It is traditionally eaten on January 6, during the celebration of the Día de Reyes (literally "Kings' Day"), which commemorates the arrival of the three Magi or Wise Men.

In most of Spain, Latin America, and sometimes, Hispanic communities in the United States, this is the day when children traditionally receive presents, which are attributed to the Three Wise Men (and not Santa Claus). In Spain, before children go to bed, they leave a dish filled with biscuits and a few glasses of water for the Three Wise Men and their camels.  A baby Jesus figuring is hidden in the bread that represents the flight of the Holy Family, fleeing from King Herod's Massacre of the Innocents.

In the Mexican culture, whoever finds the baby Jesus figurine in the pastry has the responsibility of hosting a dinner and providing tamales and atole to the guests on February 2nd, which is Candlemas Day.

Check out pictures of ISM students learning about Dia de Reyes in our Media Gallery.