Student Wins State Competition For Her Essay
Back 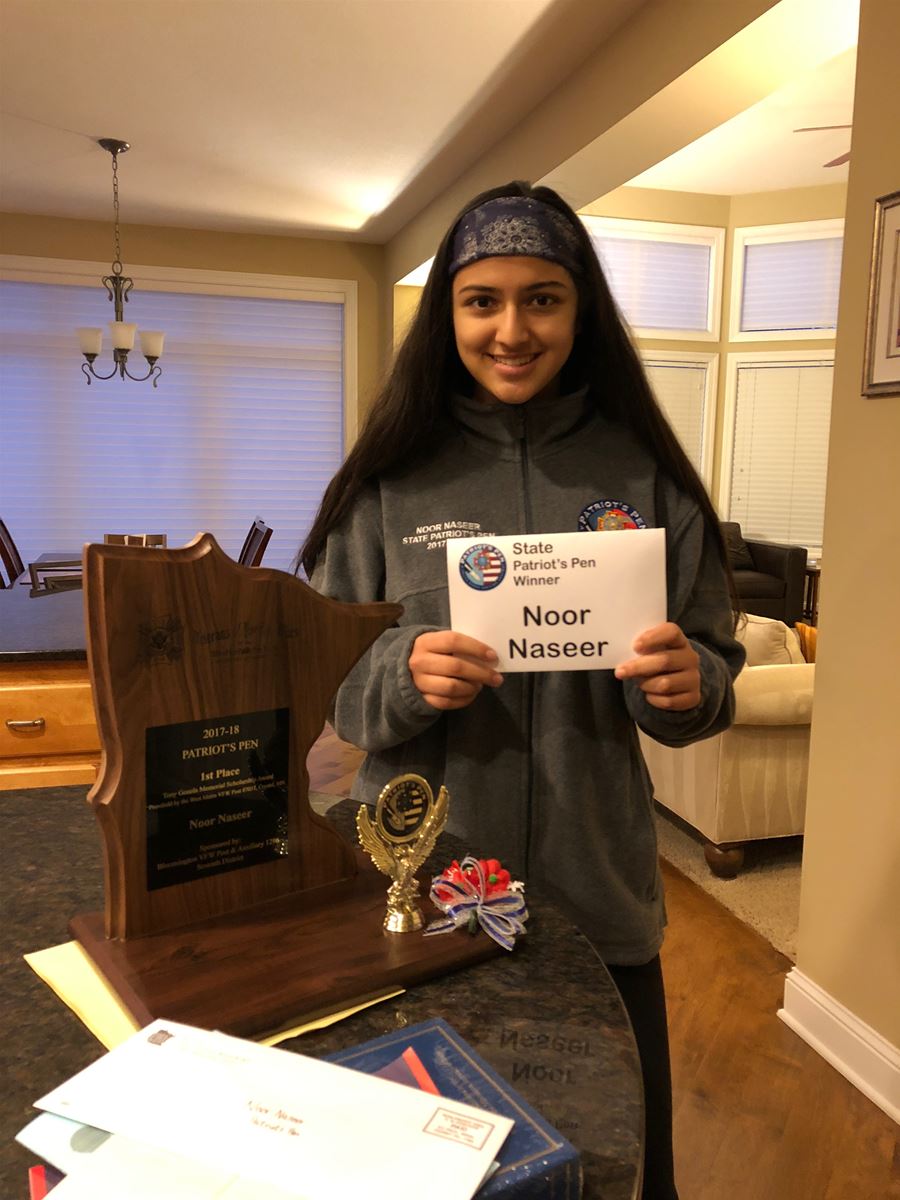 As part of their Social Studies class, the 8th graders were asked to write an essay on "America’s Gift to My Generation" for a homework assignment.  Like previous years, these essays were then entered through the Bloomington VFW Post.

Noor has been a student at ISM since Kindergarten.  Her favorite subject is Math, but that didn’t stop her from writing a wonderful essay about Women’s Rights in America.  For her, America’s gift to her generation is the fact that women have come leaps and bounds from the past.  She also states that women, here in the USA, have more rights than in other countries.

For her, winning first place in the state competition is an honor.  She is very proud of her essay and never thought her essay would get this far.  She is thankful that Ms. Schiller, Social Studies Teacher, gave the students this assignment.

Noor is hoping her essay will win the national competition.  If it does, she will be invited to Washington D.C. and receive a $5,000 scholarship.

“I love ISM.  It’s a great school.  The academics are strong but the ISM family is even stronger”.

Patriot’s Pen, a VFW-sponsored youth essay competition gives students an opportunity to write essays expressing their views on an annual patriotic theme. This year’s theme was “America’s Gift to My Generation.”

We wish you all the best for the next steps in this competition!  Good luck!