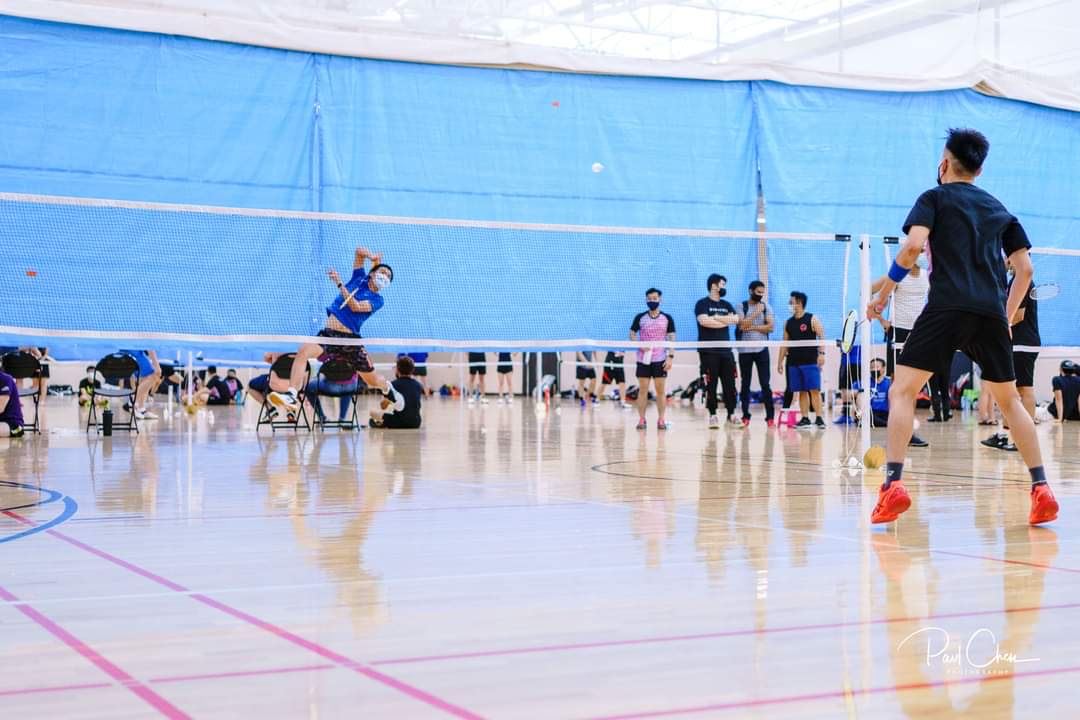 In fewer than nine months, 16-year old student athlete Andrew Kang Qi Cheng has racked up three gold medals in badminton at both the national and state level and has his eyes on more prizes in 2022.

“I was pretty satisfied with my performance there. And also, shocked that I got number one.”

Andrew has badminton in his blood. His father competed in the sport as a youth and still plays recreationally. Andrew says he started playing in the backyard with his dad when he was five years old and began training with a coach at age nine. He eventually advanced to play for the state of Malaysia before he bowed out in January 2020 to attend ISM.

“When I was eight, I liked to go to the park and play badminton with friends. That’s when I noticed that I was the best player. Then I played during PE class at school and excelled there, too. That was really motivating. My parents then sent to an academy to train.”

It was an ISM math teacher who got Andrew involved in badminton once he arrived in Eden Prairie, introducing him to Minnesota Badminton. Andrew then went to Dallas last summer to train with a coach. He elevated to assistant while in Dallas, helping his coach train other talented athletes. Upon his return to school this year, ISM hired a professional badminton coach and established a school team.

“ISM has been very supportive of badminton. I’m really glad that I get to continue to have practices and be an assistant to my coach here in Minnesota.”

In addition to badminton, Andrew also plays on the JV basketball team and is the deputy head of the Student Life Organization sports department where he is in charge of organizing school sports events like field day, pep fests, and intramural events.

“I’ve learned a lot about leadership. After being selected to be the deputy head of SLO – Sports Department, I got to know more about interacting with school administration and staff. Even though I had previous experience as a sports house captain in my middle school in Malaysia, being a deputy head in high school is more challenging. The tasks are bigger and more important.”

Andrew said ISM’s ranking as a top private school in Minnesota and the state’s cold weather – the opposite climate of Malaysia’s always-on summer – compelled him to enroll. He appreciates ISM’s academic rigor, diversity and the close community he’s developed while living and studying here.

“We go to the gym together, work out together, sled, or go to the mall. ISM is a super rigorous school. We have a few tests every week to keep us on track and make sure we understand the class material.”

Andrew says one of his favorite things about ISM is the school’s intimate size. “You get to know your teacher really well. It’s a small community, and you know everyone.”

Andrew hopes to play badminton in college. He has his sights set on University of Pennsylvania, Michigan, Boston College, Boston University or Cornell, with a goal of studying finance or business.

This summer Andrew plans to train in Malaysia where it all began. It will be his first summer home since coming to ISM due to COVID travel restrictions.

Badminton is one of Malaysia’s most popular sports but isn’t as well known in the United States. Andrew says he hopes to change that.

“I would love to continue to play and make the sport more popular in America.”