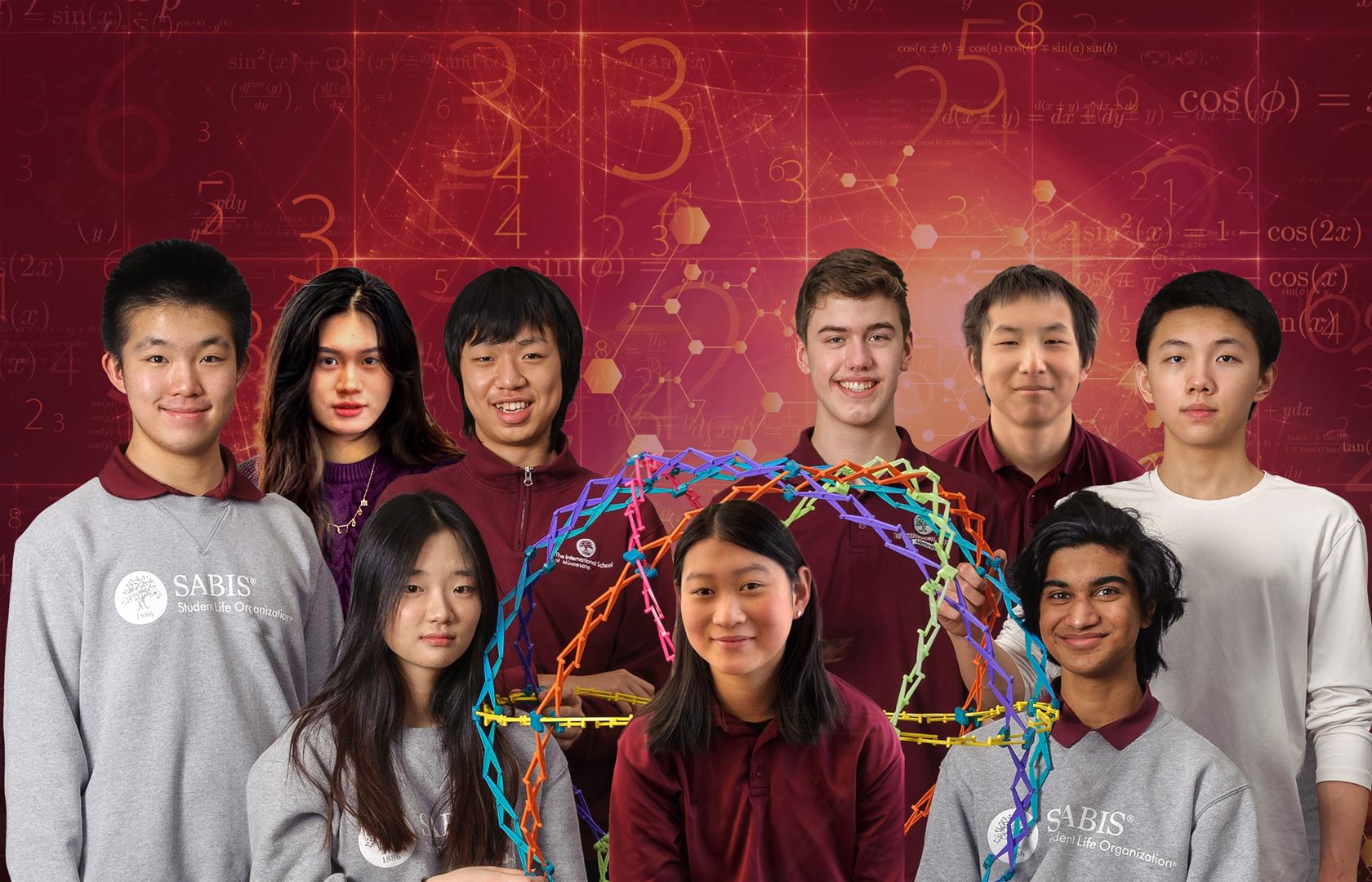 The International School of Minnesota is celebrating a huge AA division win at the Minnesota State Math Competition on March 14. ISM’s High School Math League Team not only came in first in its division but ranked 6th in the entire state, the only AA school in the top 10 (and the top private school out of only two in the top 10). ISM beat all private schools in the single A division and much larger schools in both their own AA division and the AAA division.

The team entered the state competition in a position of strength – first in the AA division and first in their class. This latest win extends ISM’s annual division-winning streak to five in a row.

“We beat schools that are up to 50 times our size or more. They have thousands of students from which to field their team. We have a small fraction of that. Anyone who wants to be on the math team at ISM can be on the team,” said Janet Mahr, head of ISM’s math department.

Sophomore Sam Peterson has been the team’s highest scorer all season and was 37th individually across the entire state (A, AA and AAA students combined). His specialty is number theory.

“The most beautiful part about math to me is the subtle tricks that are often required to solve difficult problems. Also, I find a lot of satisfaction in solving a problem that I never thought would be possible to solve,” said Sam. “Being on the math team not only helps me develop my mathematical skills, but also my creative problem solving skills that will be very useful in the future.”

Junior Robin Liu says the key to winning is working together on problems, with each student focused on their individual strength. For Robin, that’s geometry. “It was a geometry problem that  inspired me to get into math. After that I kept practicing and thought it was fun. You solve one problem, and there’s another waiting for you. That’s my passion. And I want to spread that passion.”

Every member of the team excels in mathematics at the highest of levels. Aarya Batchu participated in the American Mathematics Competition (AMC) and qualified for the American Invitational Mathematics Exam (AIME). Only about two percent of the top math students get invited to take the AIME. And Aarya squeezed in the time to take the three-hour AIME so he could make it to Seussical rehearsals. He has one of the lead roles in the musical.

“ISM and its teachers have always gone above and beyond to help students along our journeys of math to fundamentally understand concepts and gain a wider understanding of the subject as a whole. They also continue to find opportunities to help us demonstrate our skills and passion in math competitions and national exams,” said Aarya.

ISM’s most advanced students are tackling math two years ahead of most other schools. Ms. Mahr points to the quality of the program and the math teachers, who often find themselves instructing students past the point of AP courses.

“Teachers are excited to teach college level courses that go two years past AP courses,” said Ms. Mahr. “They compete for those classes.”

There’s no doubt that students’ math studies at ISM prepare them well for the future.

“Students may end up taking a course in college and find they are the only ones in their class who understand it because they covered the material while at ISM,” said Mr. Geistfeld. “Sometimes you have students who score very high but aren’t excited around learning. Our students are excited about learning – not just the content, but the spirit in which we do it.”

While the math competition season may be over, members of this team will continue competing at math invitationals all over the country. These competitions take place at prestigious universities like Carnegie Mellon, Duke and MIT.

And there’s always next year. Robin has big goals for his senior year. “My goal is to win state – not just in our section, but overall.”

Robin has a piece of advice for younger students when it comes to success. “Do what you love. Math happens to be what I love.”

And if you are a student who loves math, join us here at ISM. We have a spot on the team waiting for you!