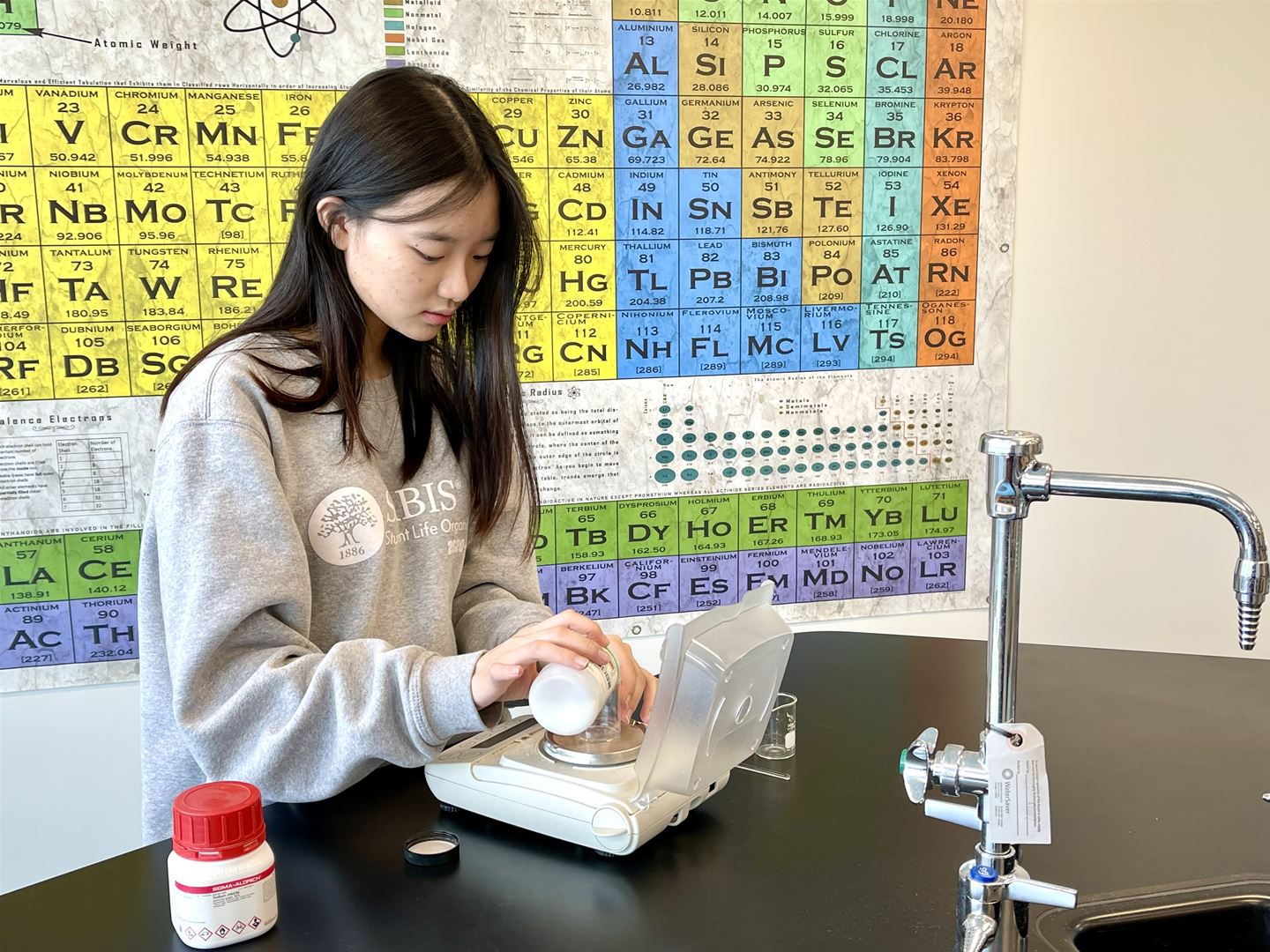 International School of Minnesota boarding student Ariel Jang isn’t your typical high school junior. She’s currently waiting to hear whether her first patent has been accepted while she works on submitting her second and plans the next three patents. Plus, she has a research paper in the works.

When Ariel moved from a boarding school in Kansas to ISM this past school year, she was seeking new academic challenges and support for her research projects. Today, Ariel says she’s gotten both and more.

“I chose ISM because I wanted AP and advanced courses. And I wanted to get support for my project. Here, I could make my own club and work on my research. I also love math, and I got to join a really strong math team,” said Ariel. “My old school didn’t have these opportunities.”

Ariel applied for her first patent in 2019. She finds out later this month whether or not it’s been accepted. That patent focuses on a test method for inactivating infectious organisms in the human body. Specifically, a method to inactivate the HPV virus.

“I like to look at college articles about biology and found a research paper about chlorine dioxide and how it can inactivate fungus.  And I thought I could maybe use this to help people. I had seen other methods to inactivate the HPV virus, but they were expensive and not as effective for the cost,” said Ariel Jang.

She’s currently in the process of gathering materials to undertake multiple tests on a procedure that will become the basis of her second patent – how to kill the bacteria that is commonly found in swimmers.

“My first goal with this second wave of tests is to prove whether any type of chlorine dioxide can inactivate microorganisms such as bacteria fungus and yeast that cause otitis and ultimately, build on my first patent, which is to prove that the specific type of chlorine dioxide can inactivate Human Papillomavirus (HPV) causing a cervical cancer and then to make a medical device to dispense it. I have been working with a 3D printer to create prototypes of the device.”

Ariel is working with ISM teachers Mr. John Compton and Dr. Chase Fehr who are sourcing the materials for her experimental trials to support her second patent.

Interest in Ariel’s experiments have caught fire at ISM, where she created a biomedical club for other students to get involved in the research process. Eight students have joined so far.

Ariel’s involvement at ISM goes beyond her new club. She is a member of ISM’s winning math team and was selected as one of five ISM students to be among 64 students representing the state of Minnesota at the American Regional Mathematics League (ARM) competition, which was held at four sites nationally on June 4th. Ariel, and her ISM teammates Sam Peterson, Aarya Batchu, Robin Liu, and Max Peng will travelled to the University of Iowa for the event.

Ariel has also participated on the school’s badminton team and is part of the robotics team.

She’s heavily involved in the school’s Student Leadership Organization® (SLO®) academics and social responsibility departments and will be the SLO® deputy head of academics next school year.

Big Dreams for a Better World

Ariel’s interest in medicine began early as a child growing up near Seoul, Korea.

“My dad used to tell me to be a person who can contribute to society and do some meaningful things.”

Ariel says she sees her interest in biology as a way to achieve that goal. This summer, Ariel will participate in the Korea International Youth Olympiad, submitting her research project for the competition.

And after graduation in May 2023, she will chase her medical dreams.

“I want to be a general surgeon. I’d like to attend John Hopkins University as a biomedical engineering major. I might get a PhD as well.”

And as you might imagine, Ariel is considering using that PhD to pursue her research passion.